All pictures should expand if you click on them. 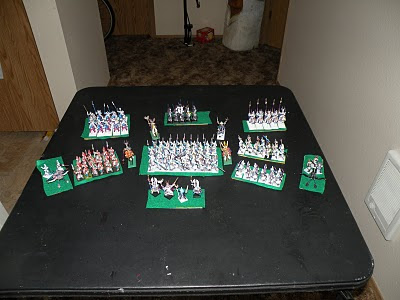 Not too long ago I was talking about my backlog and wanting to finish up the High Elfs I had so I could start on the Island of Blood models.

Specifically, the issue was the Silver Helms, a unit so bad it rivals the Forsaken for outright not just uselessness, but counter-productive to take.

Still, they had to be painted...and now, as you see here, they are. 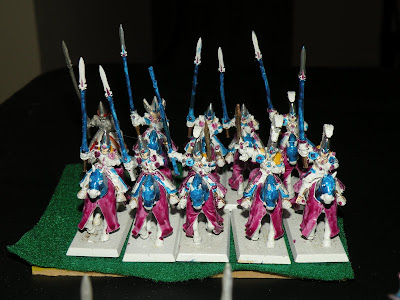 I also decided to magnetize and base the Repeater Bolt Thrower (Eagle Claw). 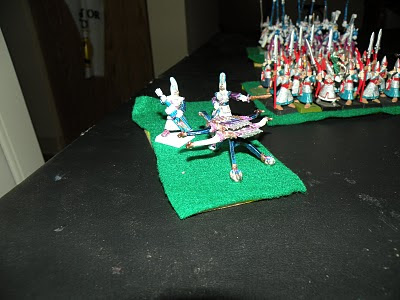 I also made a base for what would be a 50-strong unit of Lothern Sea Guard. 35 shots per turn and a potential of 50 attacks...unlikely, but possible (51 if unit champ gets 2, do not remember at moment), albeit just S3, plus I think it is kind of a cool look with the mix of spears and bows. 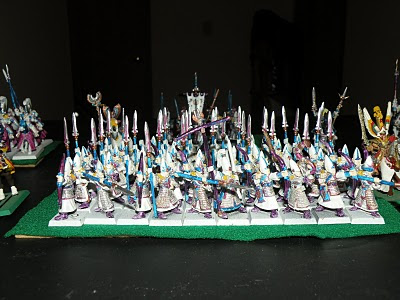 I also painted a unit of Swordmasters from the Island of Blood. There is actually a difference between that unit and the ones above.
I went deeper into the color bank, using I think 9 different colors...though admittedly that includes 2 blues and 3 purples. 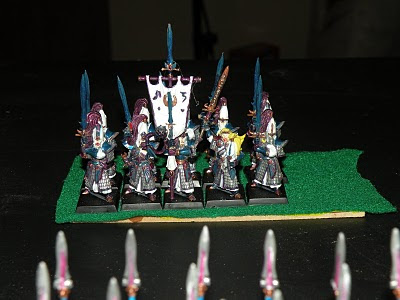 They fit well with the Dragon Princes, who I believe were the group I had previously invested the most time and energy in painting. 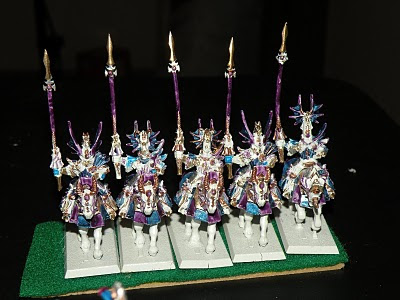 I also finished up the hero models. 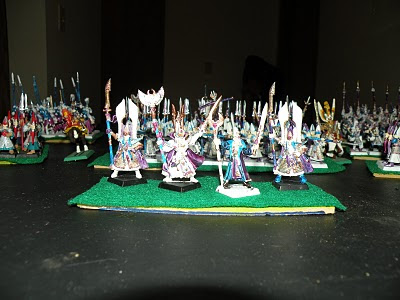 So overall I think it is a decent looking army. Now the issue is putting together a list I actually want to play. I have been toying with a list that revolves around a Level 4 Life mage and a level 1 or 2 Beast mage. In theory, I could then end up with the center unit (the 50 lothern) rolling in with S4, T7...of course, that relies on the Winds of Magic being strong, my opponent being unable to stop anything and forgetting to dispel it on his own turn...
In other words, it is a BAD army list. But at the moment, it is the only one I can come up with...


And on the bright side, all the high-profile painting is done. Time to get a list built and get down to playing!
Posted by Darth Weasel at 6:51 AM 1 comment: Links to this post